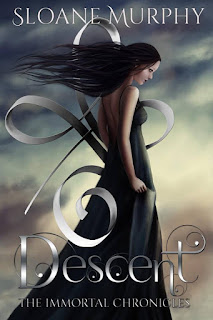 Six hundred years after The Outbreak, the human population stand side by side with the Fae & the Vampyrs to stop the Demon King from starting a second Dark War.

Seventeen year old Adelaide Tate is in her last year of the Academy, with her eyes set on becoming part of the Red Guard.

Who cares that no female has ever joined?

When a dark force develops an unhealthy liking for her, Adelaide needs to fight for her life and figure out what makes her so different from the others.

She must overcome it all in order to turn her world the right way around again.

Adelaide has one choice. Accept the help offered to her by Xander Bane, or face the Demon Hoard alone.

One thing is for sure. The descent will be bloody. 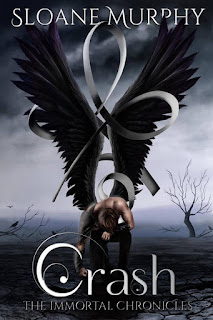 Addie
In that one moment everything changed. Everything I thought I knew shattered with just a few words.
Who knew the truth could be so devastating.
I need to decide which side to take. But can I even trust myself?
Xander
She's gone, but I'll scorch the earth to find her if that's what it takes.
I'll call upon friend and foe for the battle that is to come. The fires of hell couldn't keep me from her and whoever thinks they can take what is mine, is going to regret it for all time.
One thing is for sure. The Crash could ruin us all. 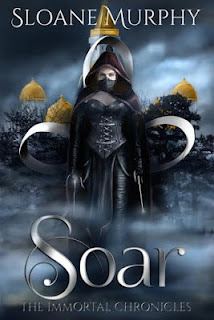 There is only so much one person can endure before they break.

There was nothing I ever wanted less than to be Princess at the Royal Court. After devastation rocked my whole world, the return of my mother doesn't seem like the dream it was supposed to be.

With her whole world turned upside down, and her heart still broken, who will Addie be at the end of it all?

Hearts can break, faith can plummet, but souls can Soar. 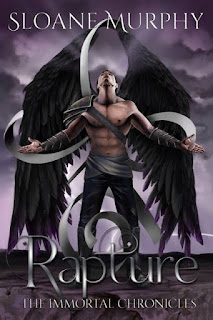 I never wanted to lie to her, but I knew I couldn’t keep her safe if she knew.

I hurt her, more than I ever wanted to and I have to live with that each day that I’m away from her. But one day she’ll know, that every day spent away from her was hell.

Watching her move on.

But it will all be worth it once she’s safe.

Even if she doesn’t know it, she is my Rapture.

Hi everyone! I'm Sloane *waves*. I'm 27, a total book nerd with a penchant for travel and I probably use the words Dude & Awesomesauce far too often in real life.! I write mainly Paranormal Romance NA & YA, but I'll be branching out into other Romance genres too.

I was born and raised in Peterborough, England along with 2 sisters, 2 brothers and a plethora of cousins, I come from a REALLY big family! I'm one of the clumsiest people you'll ever meet, but I try to stay on my feet *haha*. I still live here with Mr M & our fur baby Arya.

Please don't be afraid to come and say hi! I don't bite I swear :)