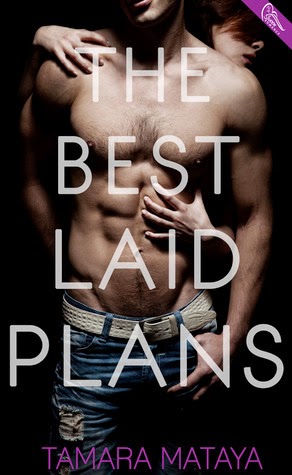 Jayne Griffin isn’t looking for Mr. Right. She’s looking for Mr. RTFN and a toe-curling good time. She’s got the brains, the powerful job as a futures broker, and thanks to a makeover and a thin book of dating advice, the confidence to turn any man’s head.

Malcolm Black notices his high school crush, Jayne, from the stage of her company’s work party. His adolescent feelings for her died beneath months of abuse at the hands of bullies. Abuse that was Jayne’s fault. Though this scorching hot studio musician is unrecognizable as the band geek he used to be, the hurt still lives inside him, and he hatches a plan: Seduce Jayne into falling in love with him, and then shatter her heart.

The white-hot chemistry between them is a pleasant surprise. It all goes so smoothly until Feelings start to develop... and that invitation to their ten year high school reunion lands in their inboxes.

Jayne wants the perfect lover. Malcolm wants revenge. But you know what they say about The Best Laid Plans...

Tamara Mataya is currently a librarian; she lurked there for so long recommending books to patrons and shushing people, that she suspects they only hired her so it would be less creepy. Now she’s armed with a name tag, and a thin veneer of credibility. She’s also a musician with synaesthesia – which isn't an issue until someone plays a wrong note, which makes her want to squirm inside out. It makes for a good live show. 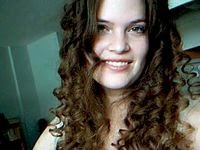 I am SO in love with this book!  Every sentence, word, letter...I was completely hooked.  Tamara's writing is filled with so much compassion, my heart is aching with love for the main characters Jayne and Malcolm.

"Standing with her back to the stage, she tilted her head and looked at the man next to her, and Malcolm's fingers almost snapped the neck of his guitar the angle gave him the perfect view of the crescent-shaped birthmark on her neck. He'd know that mark anywhere-he'd spent hours looking at it from afar in high school. "

Being a victim of bullying myself, I can relate to this book. Not just with the negativity, but with finding positivity in myself and bettering myself from it. Tamara took a very serious subject, and worked it into a fabulous, relatable story.

"Maybe that's why it hurt. Because they'd all happily, or unhappily, ignored her to be friends with people who were in truth friends to no one. "

And I have to say...let's not forget the sex scenes in the book!  I'm still drooling!!  The connection between the main characters is panty dropping hot!!!!!

"He slowly but steadily backed her against the all and braces his arms on either side, trapping her. He smelled incredible. The look in his eyes made her mouth dry, as suddenly as a more interesting place became wet. She reached a hand out to run over his abs. He grabbed and pinned it against the wall. She moved the other hand and he pinned it as well. "

I am an instant fan of Tamara Mataya!  I cannot wait for more of her books!!
She has a very successful career as a writer ahead of her!