When 17 year old Liv Larson and her brother are sent to separate foster homes, she dedicates her every breath to getting him back. After months of solitude and anti-social behavior, her best friend Riley ropes her into a Rooftop Solar Flare Party. Despite the fascinating lights in the sky, Liv finds herself drawn, instead, to Zander- the boy with the crooked smile.

For a few hours, Liv’s troubles finally feel a bit less overwhelming—that is until what should have been a small flare erupts into a massive solar storm forcing them all to seek shelter in the school’s basement. Cut off from the rest of the world and with no signs of rescue, fear and paranoia set in and battle lines are drawn, dividing their ranks. What is left the group must embark on a perilous journey to save one of their own and find their families…but, something sinister awaits them in the shadows and it’s undeniably connected to Liv.

Can Liv keep her promise to reunite with her brother? What are she and her friends willing to do to survive? Will their bravery and determination be enough to save them all from a rogue government, a terrifying virus, and the things that go bump in the night…Or was Icarus, indeed, The Killshot?

Aria Michaels is the author of the Best-Selling young adult dystopian novel Killshot (Icarus Series, Book One) as well as its companion novella, Before the Sky Fell. In addition to her career as an author, Aria Michaels is an avid reader, die-hard zombie fan and enthusiastic lover of bonfires and red wine. When she is not glued to her computer pouring out the voices in her head, Aria can be found playing in the dirt with her boys, painting, or binge-watching The Walking Dead with her husband. Don't let her mild-mannered smile fool you…this woman has lofty ambitions that include complete global domination. She is determined to live in a world where every pair of yoga pants comes with a free book, an iced caramel macchiatto and a magic force-field that repels the sound of screaming children (of which she has six). In the meantime, Aria is hard at work on the next installment of the Icarus Series, reveling in her role as instigator of literary mayhem and stealth assassin of fictional characters. For more information about Aria Michaels and the Icarus Series, be sure to check out her website at www.ariamichaels.com "You are never more than one choice away from a different future." --Aria Michaels 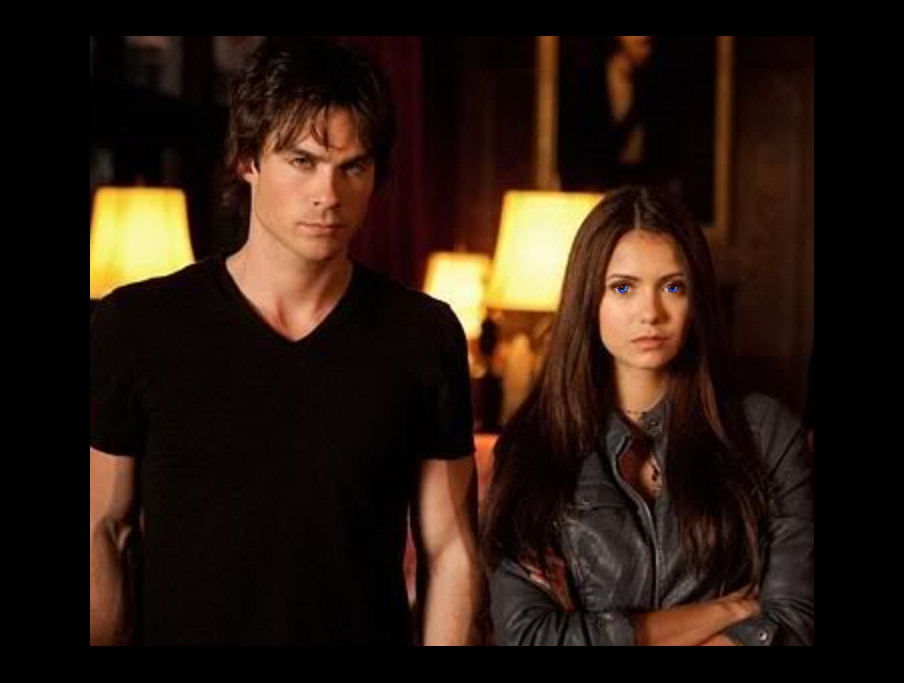 Me: I can’t thank the two of you enough for taking the time to sit down with me today. I must admit, in light of everything the two of you are going through right now, I was quite surprised when Aria told me that you had agreed to this interview. We are all very excited!

Liv: (shifting nervously in her seat) Umm, can we just get this over with? We don’t have time for this, Zander. What was I thinking? This was a bad idea.

Zander:  Hey, take it easy. The sun won’t be down for a few more minutes anyway. You said yourself, it’s too dangerous to travel right now. We can’t go anywhere till dark. It’s okay for us to just be still for a moment, Liv. (Zander grabs her hand and she relaxes a bit)

Me: Right. Okay, I suppose I will just get to it, then. (Zander flashes that crooked smile and waves me on). Zander, this first question is for you. One fan would like to know, what is your most treasured possession?

Zander: You know, it’s funny. If you had asked me that same question a few days ago, I would have said my dad’s bike, and not even hesitated. But, now? It all seems so trivial. 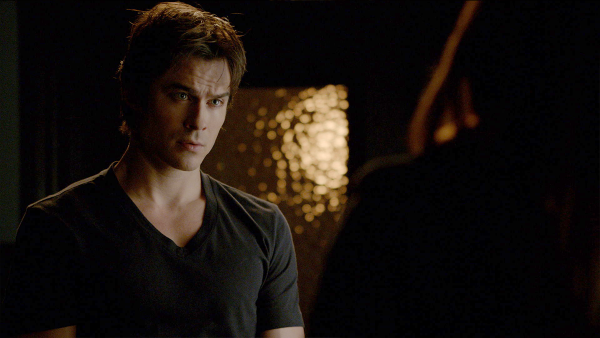 Me: How do you mean?

Zander: I mean it’s all just stuff. When all you have left in this world is the clothes on your back and your memories, possessions don’t really mean a whole lot anymore.

I guess if I had to pick something, though, the only thing I have that means anything to me is little more than a useless scrap of metal. Still, that eagle is all I have left of my dad. Plus, Liv damn-near got herself killed trying to get it for me. I can never repay her for that…and for everything else. (Squeezes Liv’s hand tighter and she smiles reluctantly)

Liv: It really wasn’t that big of a deal. (She looks over her shoulder at the door, and sighs.)

Zander: The hell it wasn’t, Liv. It was the single bravest—and stupidest thing anyone has ever done for me. Look, if it hadn’t been for Liv’s hair-brained scheme to get me that medicine, I wouldn’t even be here.
Liv: Well, the alternative was to lose you. I’m sorry, but that was just not an option.

Me: Of course it wasn’t. You had already lost so much…even before Icarus hit. Being separated from your little brother just weeks after your parents’ death couldn’t have been easy for you. I can’t even begin to imagine that must have been like for you, Liv.

Liv: No, you can’t imagine—and no one should ever have to. My family was everything to me. In an instant, it was all just…gone. There was nothing I could do to change any of it. 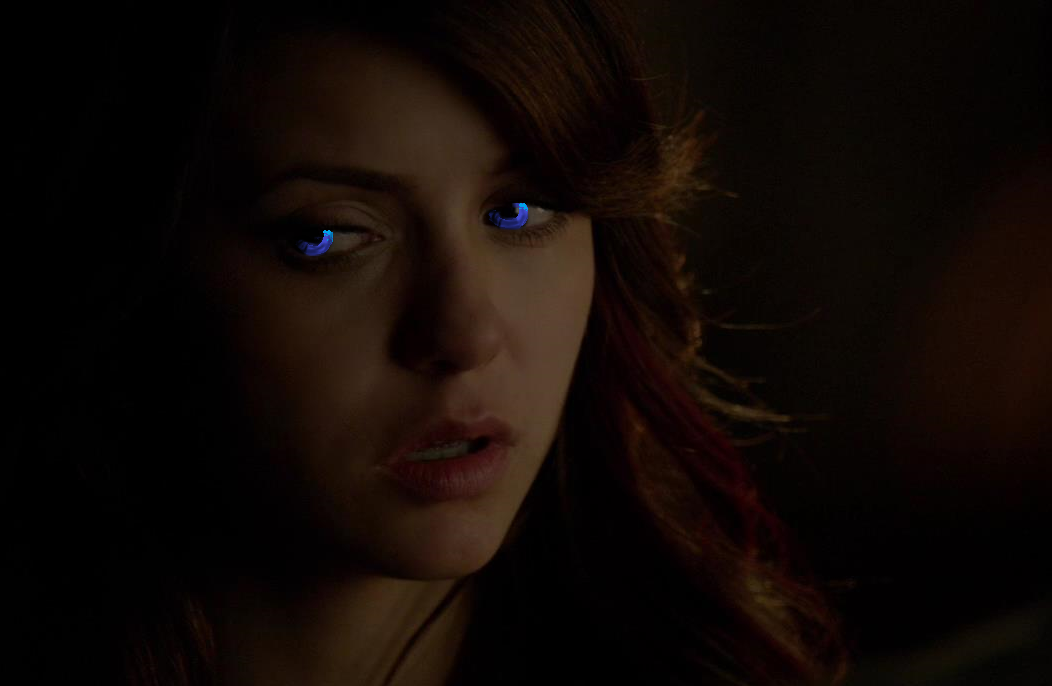 When they took my little brother away, if felt as though they took the last piece of me with him. If it hadn’t been for Riley… I guess you could say that she saved me. Or maybe we saved each other, I don’t know. (shrugs and wipes her eye) Either way, I don’t know how I would have gotten this far without her. She’s my best friend...no, she’s more than that. If there is one thing that this whole Icarus mess has taught me, is that there is so much more to family than blood. Riley Baxter is my sister.

Zander: Seriously, you should see them together. (laughs) Riley is the persistent Yin to Liv’s stubborn Yang. When no one else can get through to Liv, Riley always knows what to say. They have this connection.
Me: Seems like the two of you have a connection of your own. Do you feel as though Icarus is responsible for that or is there more to it?

Liv: Wow, I...You mean is this (gestures between herself and Zander) real, or is he only drawn to me out of a warped sense of obligation?

Me: It is possible that—.

Zander:  Hold up. I am just going to stop you, right there. (His eyes narrow, he rises to his feet and Liv stands with him). What Liv and I have together is just as real the smoke that chokes our lungs or the fires that burn at our feet. Nothing you or anyone else says will change that.

She may be the most stubborn and strong-willed girl I have ever met in my life, but Liv is special, and I don’t just mean her abilities, you know? She has this sort of reluctant strength that makes the rest of us feel safe. And by the way, my faith in her and our connection, as you put it, has absolutely nothing to do with Icarus. Liv has always been a survivor—even before all this.  We believe in her for a reason. (He turns to Liv, his copper eyes glinting in the dim lantern light) I wish she could see what the rest of us see. 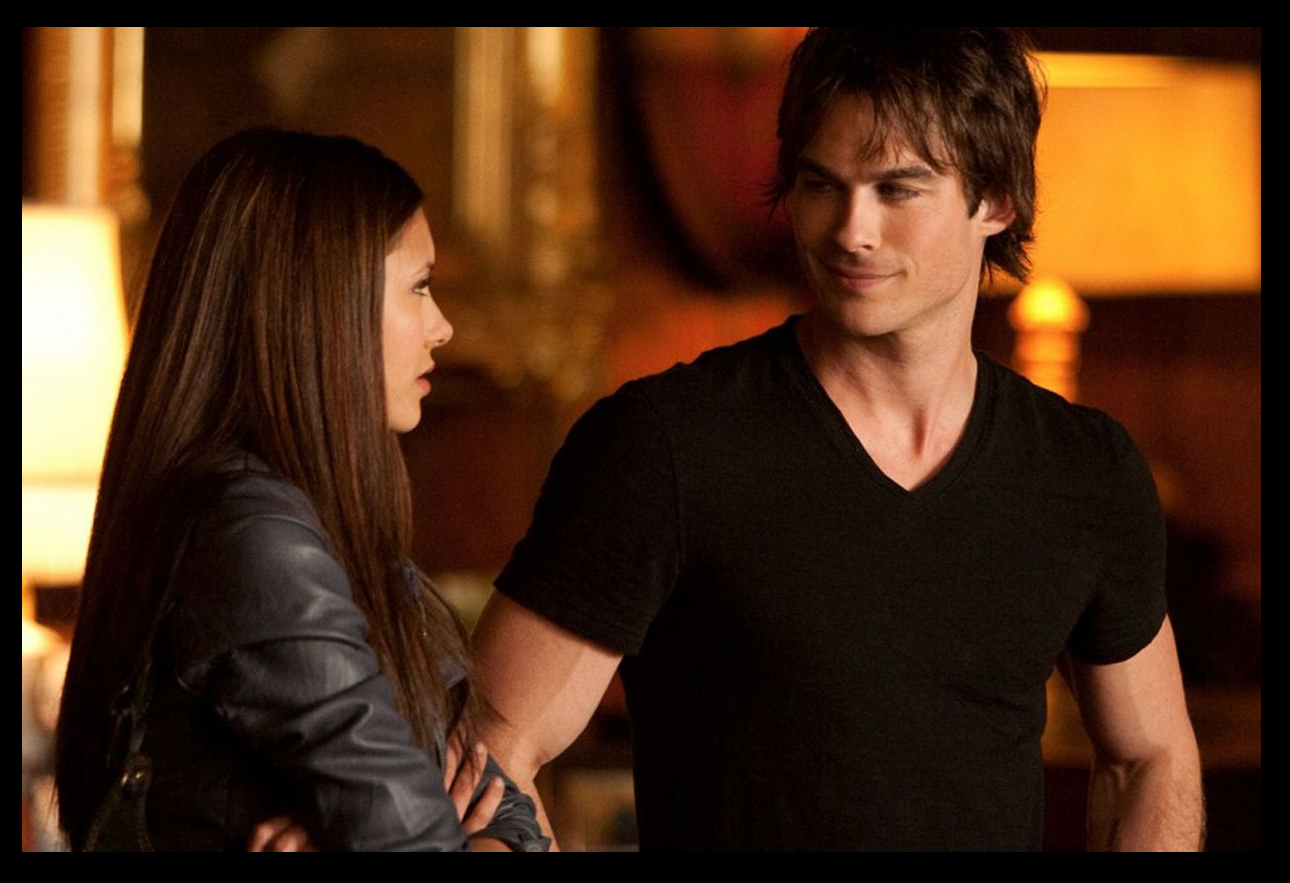 Me:  Wow. I’m amazed you can stay so positive after everything you have been through.  I would be scared as hell if I were in your position, but here you are smiling. How do you keep your head up when the world is quite literally crashing down around you…when everything is so dark?

Zander: (laughs and shakes his head)  The dark is nothing to be afraid of, lady. It’s the daylight you need to be worried about. (There are two soft taps on the door) It’s time to go. 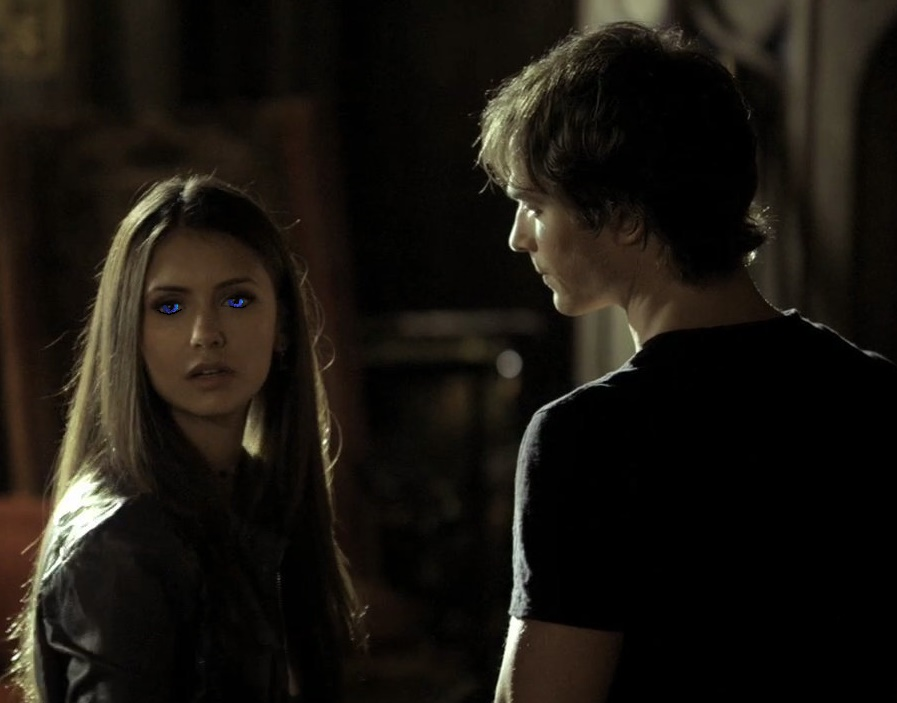 Me: Wait! Before you leave, I have one last question.

Liv:  What?  (clearly exasperated with me)

Me: Do you have any regrets?

Liv:  Really? There is no room for regret in this world anymore. Why waste time worrying about what could have been when what is coming is so much bigger than any of it.
(They walk hand-in-hand out the door without looking back)
www.ariamichaels.com 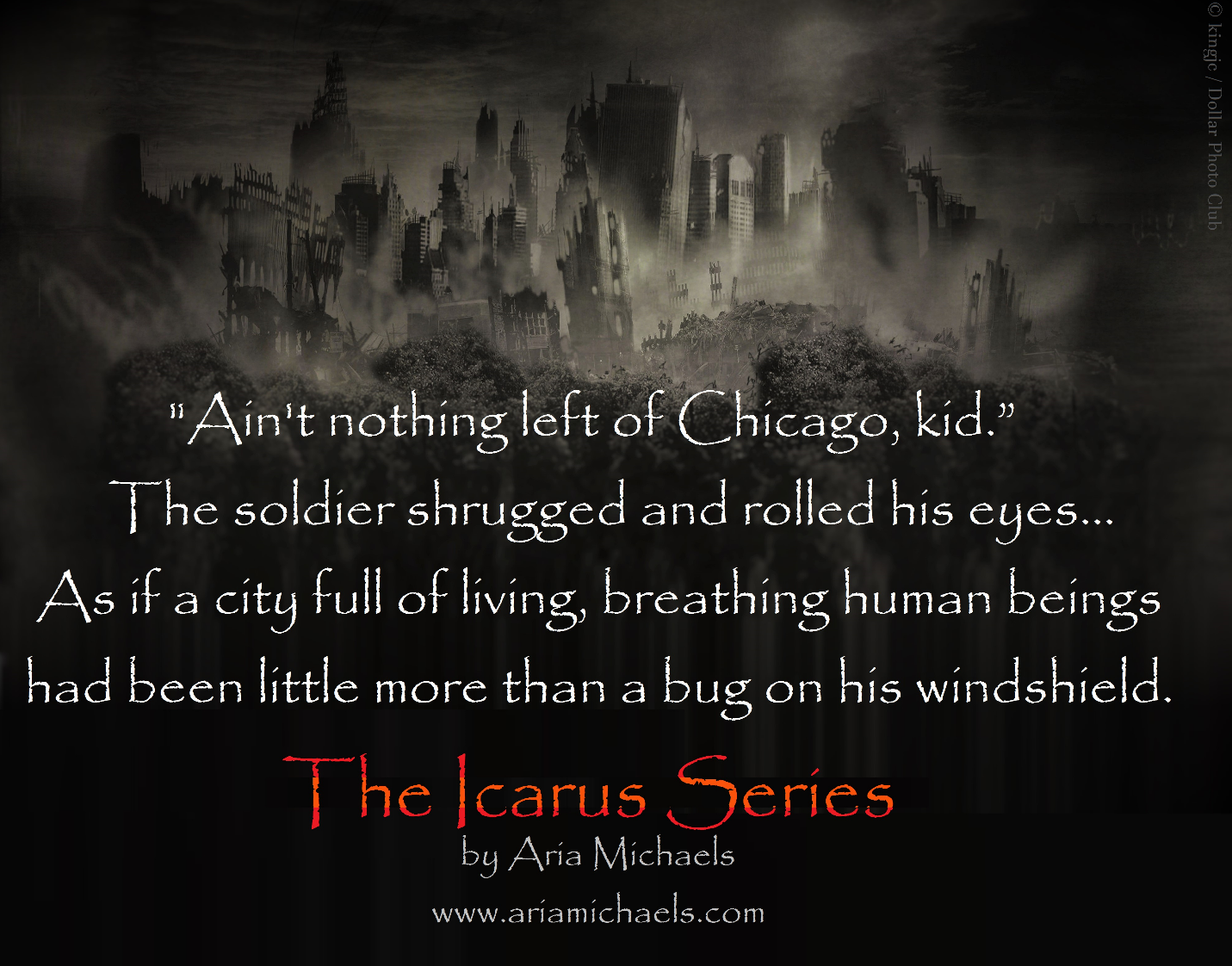 Interested in getting your hands on your own copy of Killshot?
Get yours here→ getBook.at/Killshot
Check out the companion novella, Before the Sky Fell.
Get yours here→ myBook.to/BeforeTheSkyFell

I completely loved this book. If you're a fan of The Hunger Games or Divergent you need to grab Killshot. Olivia, Liv, is an orphan. Separated from her brother Lucas (Beans) by foster workers she is getting though life and high school as quickly as possible until she is 18 and old enough to get Beans and look after him herself. Persuaded by her friend Riley she goes to watch a forecasted Solar Flare from her high school roof, only to find herself banded with a group of high school students as the sky falls in. Aria writes brilliantly, you really get a feel for these high school kids without the book or story feeling ‘teenage’. Liv is a really strong character that you immediately bond with, as is Zander, he’s to young for me to mention how hot he is (totally hot - like Zac Efron hot!!) which is a good job as they are affected by the solar flare and to be honest are going to need to draw on any strength they have.**“Listen to me, Liv Larson. You are, by far, the most stubborn, exhausting girl I have ever met in my life. You insist on doing everything the hard way, you constantly put yourself in danger, and you have absolutely no sense of self-preservation....but you are also the smartest, strongest, most brave person I have ever known. You have this energy about you that feeds the courage of those around you. I know you have your doubts, but the rest of us do not share your opinion. Like it or not, you are a natural born leader...and we would follow you over a cliff.”**As information becomes sketchy and supplies run low they decide that they need to venture out and assess the situation, only they could never have dreamed what they would find. The descriptions are fabulous and you feel every trauma that they suffer. Liv, Zander and Riley have to watch friends go through hellish situations (poor Micah - who was so brave, Mrs Proud and Johnnie, my heart so felt for Johnnie). There are also several situations were you really can believe that in life and death situations like this humans will behave both amazingly, and disgracefully …If this book is your genre, or even if you are looking for something a bit different - you need to grab this book - you will not be disappointed.