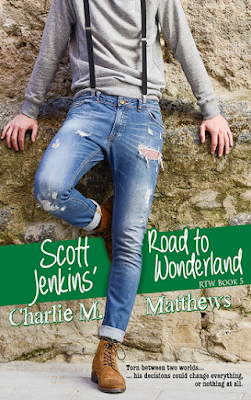 Scott Jenkins is charming, smooth, full of ambition and he has plans. Plans that don't involve being a 19-year-old builder, working long hours at his father's construction company, hauling wheelbarrows or stacking bricks in an underpaid job. But as with most things in Scott's world, the dreams and ambitions he has set himself never really go to plan.

When Scott's best mate, Ethan Walker, hits rock bottom, everything changes overnight. After years of trying to figure out his purpose in life, he now knows what he has to do, and more importantly, who he has to save. Tiptoeing on the outskirts of a world filled with drugs and violence, Scott ends up walking down roads he never even knew existed. What was once a simple life, suddenly seems incredibly complicated - especially with the arrival of a forbidden love who is determined to make things even more difficult for him.

Follow Scott on his journey to Wonderland, where friendships are tested, relationships are destroyed and a dangerous woman leaves the guy who once thought he knew exactly, what he wanted, in the pits of despair. 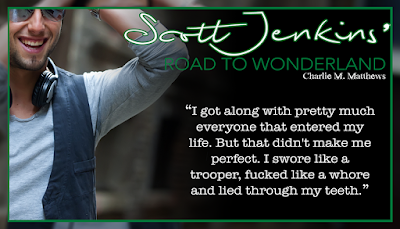 Charlie M Matthews is a hopeless romantic, lost in her own world of fairytales and adventures. A lover of art and painting, she'd happily hang up her everyday clothes in exchange for a paint smudged shirt. In the confines of her attic room, she is able to create a world that is unlike no other. Mixing fantasy and fiction to generate a piece of work that she could lose herself in.

Charlie is a mum of three, living on the outskirts of Oxfordshire. Born and raised in Reading, she switched the bright lights and traffic jams for a quiet life in the sticks a little over 5 years ago. Between school runs and generally just being a mum, you'll most likely find Charlie at the local hair spa. Flipping through magazines sporting the latest colour craze, or mixing colours and arranging up-do's, sparking her creative side.

With her wild imagination and passion for reading, Charlie stumbled upon a new love.


What started as a distraction from the crazy thing that is 'life', soon became all too real. She no longer dreamt, about the day her words would be published for all to see because that day was finally happening. 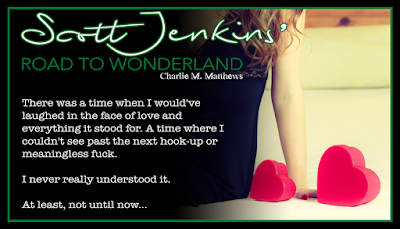 PH: It’s well known you’re a player, Mr Jenkins, but do you think you’ll ever find the one and settle down? Do you ever think what it might be like to start a family?

SJ: The funny thing about life is you never really know where it's gonna take you. *grins* It's not something I've ever really thought about, but I wouldn't rule it out.

PH: Describe your ultimate fantasy date! Where would you go, what activity would you do, what would be on the menu for dinner, etc.

SJ: It would have to be a karting sesh, followed by a few pints down the local. I would never date anyone that didn't like either of those. Dinner Schimmer! Skip that shit and head straight for dessert!

PH: Who’s the person in your life that you’ve never told anyone you fancy?
SJ: Ha. No comment!
PH: If you met your 100% perfect person but they were married to your best friend what would you do? *grins*
SJ: Nothing. Simple as that! I'd like to think I'm loyal enough to not act on whatever feelings I had for this lass. Friendship is far more important to me.
PH: Do you consider yourself to have any special talents?
SJ: I have many talents, Sweetheart *raises a brow* If you're lucky, you might get to see one. *winks*
PH: You and my brother in  law, Ethan, are best buddies… Dish the dirt on your childhood… Fill us in on something really memorable and juicy from your past?

SJ: *laughs* We got into trouble a lot. He was always the instigator and I just did it for the hell of it.

I guess my early memory of Ethan was when we were about 4, maybe 5. It was the summer holidays, and we were throwing mud balls at each other in the garden. Anyway, Ethan had found this cheese log under a rock and decided to eat the fucker. I guess he thought it was actually cheese or sommat. I dunno. That moment kinda stuck with me. *laughs*

PH: As long as I’ve known you you’ve always had long, curly hair, have you ever thought about having a change? Although, I’m guessing girls love the grab *cheeky wink*

SJ: They love to grab a lot of things, Peaches. The hair being one of them *grins* But no, I haven't really considered it. Again, I wouldn't rule it out. Change isn't always a bad thing. I guess we'll just have to wait and see.

PH: Growing up we all have our idols, who is the person you have learnt the most from and why?

SJ: Ethan. My brother from another mother. It doesn't matter what life throws at him, he'll always bounce back stronger than ever. I've idolised him since before I could speak. He has always been the strong one. Not just physically, but mentally. If he wants something, he'll go out and get it. No one would dare stand in his way. The determination in his eyes would be enough to scare the shit out of any competition.

If, by some miracle, I become half the man he is, I would leave this world a very happy man.

PH: If you won the lottery, what is the first thing you would do?
SJ: Buy a plane. When you own a set of wings, you know you've made it.
PH: What would you name the autobiography of your life?
SJ: Now that is a cracking question *laughs* I honestly don't know. Something like...
"Being me" Actually.. That shits boring as fuck.
Hold up!
Wait! I got it!
"Peaches and Cream"