Add The Wrong Game to your TBR now 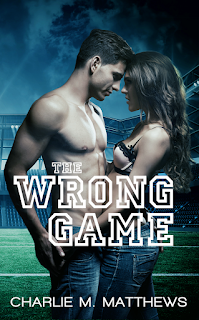 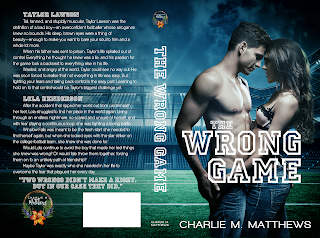 Tall, tanned, and stupidly muscular, Taylor Lawson was the definition of a bad boy—an overconfident footballer whose arrogance knew no bounds. His deep, brown eyes were a thing of beauty—enough to make you want to bare your soul to him and a whole lot more.

When his father was sent to prison, Taylor’s life spiralled out of control. Everything he thought he knew was a lie, and his passion for the game took a backseat to everything else in his life.

Wasted, and angry at the world, Taylor could see no way out. He was soon forced to realise that not everything in life was easy. But fighting your fears and taking back control is the easy part. Learning to hold on to that control would be Taylor’s biggest challenge yet.

After the accident that ripped her world out from underneath her feet, Lola struggled to find her place in the world again. Living through an endless nightmare, so scared and unsure of herself, and with fear playing a continuous loop, she was fighting a losing battle.

Winslow Falls was meant to be the fresh start she needed to find herself again, but when she locked eyes with the star striker on the college football team, she knew she was done for.

Would Lola continue to avoid the boy that made her feel things she knew was wrong? Or would fate throw them together, forcing them on to an unlikely path of friendship?

Maybe Taylor was exactly who she needed in her life to overcome the fear that plagued her every day.

“Two wrongs didn’t make a right. But in our case they did.” 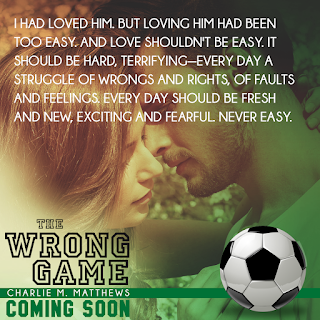 What started as a distraction from the crazy little thing that is ‘life’, it soon became all too real. She no longer dreamt about the day her words would be published for all to see because that day had finally come. Charlie published her first word baby, Scott Jenkins’ Road to Wonderland, back in October 2015 and has been working on various pieces since then. Her new novel, The Wrong Game is set to be released this year and sums up everything Charlie loves in a book.

Charlie is a mum of three beautiful children, living in a small village on the outskirts of Oxfordshire, England. Born and raised in the busy town of Reading, she switched the bright lights and traffic jams for a quiet life in the sticks a little over 6 years ago.

Between school runs and generally just doing the whole ‘mum’ thing, you’ll most likely find her slobbing out on the sofa in her PJ’s with a glass of wine and her trusty kindle. 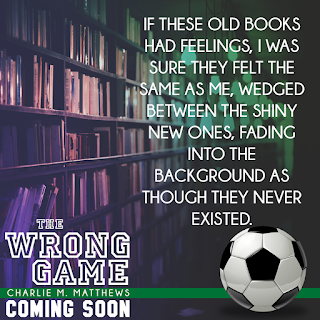 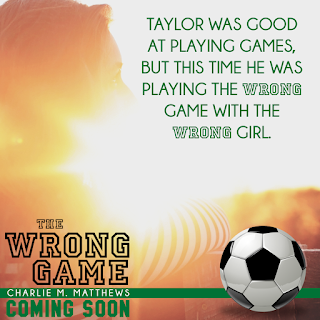