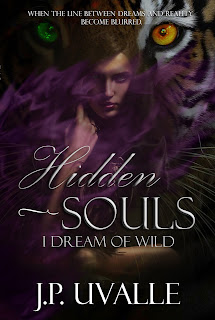 
Available in Ebook and Paperback: 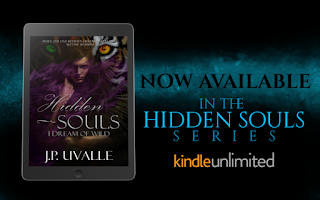 One Leader.
One Team.
One War.
One Fate.

XANDRA KALLAN—Continues to battle with her past demons while focusing on her duties as CEO of the most successful crime-eliminating agency in the world.
With her flames, LIAM HENDRIK and SINTHOS still missing in action, she finds it impossible to move on—to open up, to love again.
Xandra’s soul mates want nothing but the best for her, wanting nothing more than her happiness. Their love for her has them vying for her affection—a game of love and war with a sure guarantee that someone will end up hurt or even dead.
When the gloves come off in this violent battle to claim her love, who will Xandra choose to be by her side for all eternity?
Life-altering secrets are revealed…
Xandra’s life will never be the same…
Now, it’s time for Xandra to walk on the WILD side…
The cards are on the table…
The world’s fate rests in her hands…
Will Xandra rise up to lead or will she chose to remain captive by her troubling past?

Have you ever seen someone's life flash before your eyes?
I have.
Every time I recite their eulogy, their memories hit me hard like a speeding freight train, seconds from derailing off the track. Unwillingly, I was the keeper of their memories. The vault housing all their deepest, darkest secrets, and once they were gone forever, I would lock them and throw away the key.

Descendant #1205: The Nightingale
My soulmates, Apollo and I, snuck into a hotel building in downtown Manhattan. The hotel was under siege with civilians being held as hostages. Strapped and suited in gray body armor, we were ready to cross another soul's name off our ever-growing list of Arcos's descendants. I hand-signaled for us to separate to complete our individual missions. They were responsible for freeing the hostages and extinguishing the captors, while I took out the head-bitch-in-charge, Farrah Giago. Her sin was greed. She would sing her victims to sleep, rob them of all their valuables, and assassinate them. In the past two weeks, her and her crew had cleaned out six major banks around the United States, stealing over one-hundred million dollars. Every undercover attempt to bring her to the light had failed. Today was her judgment day. Apollo and I trapped her in the hallway. She was covered in the blood of the old woman she'd just brutally stabbed to death. Her eyes held the telltale signs of a lost soul—no remorse, no guilt. Killing to her seemed just as easy as breathing.
How could she be so heartless?
The vacantly fixed eyes of the old lady centering on me made the blood in my veins run cold. This frail woman was someone's mother, grandmother or aunt, and now she was gone. In a heartbeat. I couldn’t save her.

“Who the fuck are you, and why do you keep following me around?” she yelled, getting up in my face as she gritted her teeth. Looking into her brown eyes hidden underneath her bangs of chocolate-brown, I realized she was a soul who couldn't be saved. Her soul was as dead as the woman she’d just killed. All that lay in the gateways to her soul was emptiness. Emptiness her greed could never satisfy—she’d always going to want more. Her deep-rooted need for greed helped me to understand the murderous anger of Arcos. He was only half a soul constantly searching for a way to fill the empty void.

“I was your savior but now your maker. Your evil among this world is a deal breaker. I'm the undertaker of your soul. With this one special bullet to your head, I will extinguish the evil you bestow. For your sin of greed, will be no more. Any final words?”

She spat in my face before flashing me that notorious and mischievous smile.

With the swift pull of my trigger, the dark to her light went out. “May your Hidden Soul rest in peace.” 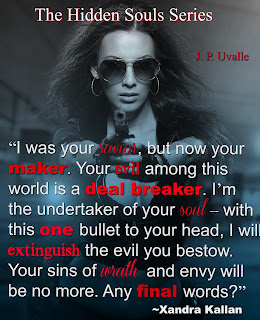 J. P. Uvalle is a beautifully twisted soul who has a passion for writing paranormal romance and has the divine ability to make the unbelievable, believable. She was born and raised in Colorado Springs, went to Bel-Rea Institute of Animal Technology and graduated with an Associate's degree in Applied Science and Technology. JP works part-time as an ICU technician in Highlands Ranch, Colorado at an emergency/specialty hospital. Aside from being a technician and a writer, she runs two businesses in her spare time— Beautifully Twisted Publishing, and Mary Kay. On top of that, she also contributes her time to the Beneath the Ashes Blog as a Promotions Manager. When she's not saving lives, coming up with her next plot twist or making women feel pretty and pampered, she's spending time with family and friends. 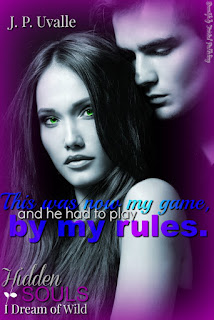 Book One
Resurrection of Sin 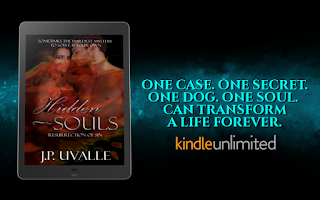 Available in Ebook and Paperback Format

Add to Your #TBR 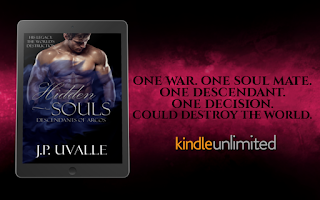